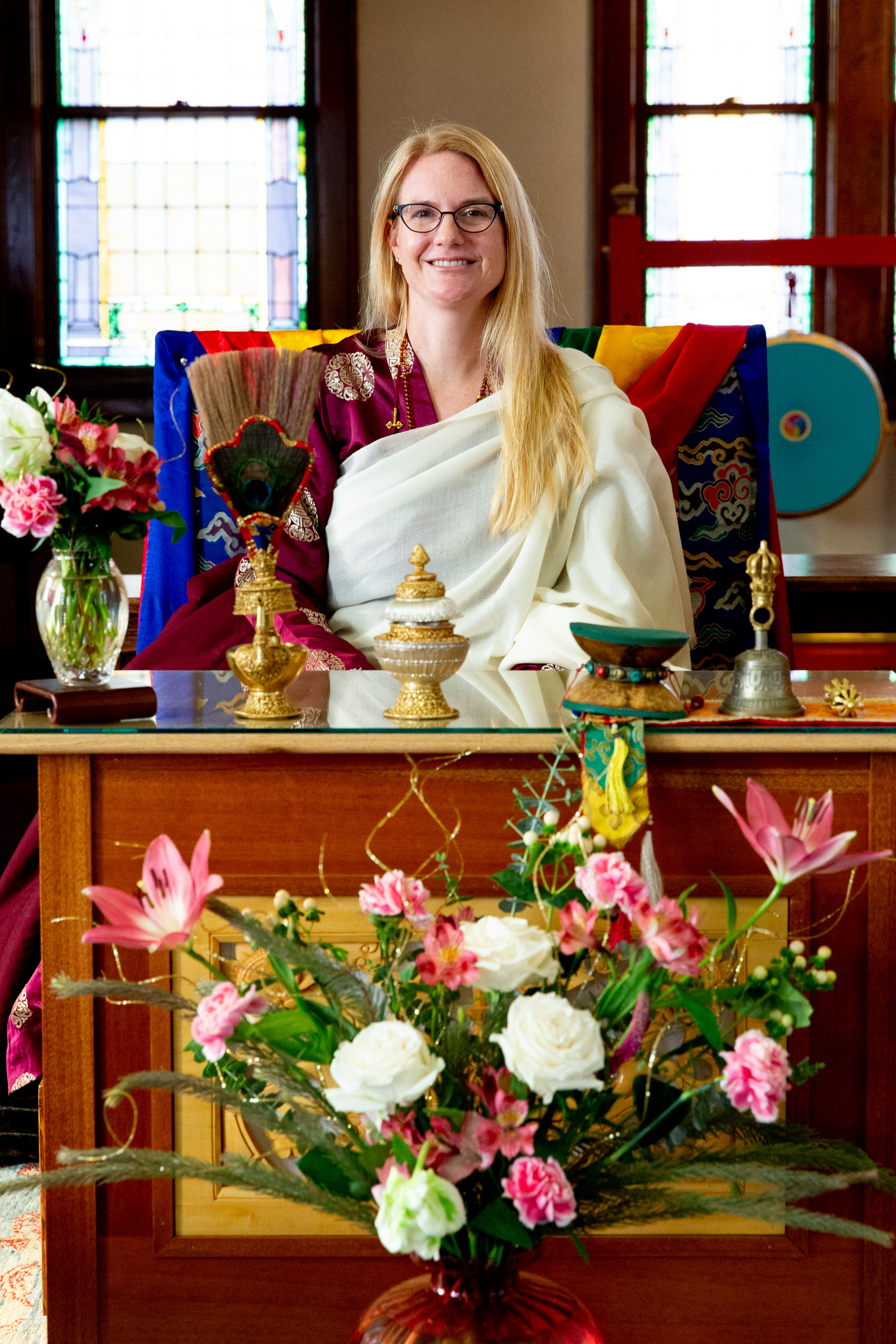 Allison Choying Zangmo developed an interest in the dharma during high school, and began practicing seriously in the Vipassana tradition when she was 20 years old. After a series of fortunate occurrences, she found herself in Nepal, where she met Anyen Rinpoche at the age of 24. Using only fledgling Tibetan, she began her training in the Secret Mantrayana and translation of the Tibetan language under Anyen Rinpoche’s guidance almost as soon as they met

All of her later experiences with the Secret Mantrayana tradition have been due to Anyen Rinpoche’s extreme kindness. He told her that, through his spiritual guidance, he would create an ornate crown of blessings for her to wear, and he did. Starting in 2002, she began to receive empowerments, transmissions and upadesha instructions in the Longchen Nyingthig tradition from Khenchen Tsara Dharmakirti Rinpoche, as well as others of his main students, such as Khenpo Tashi from Do Kham Shedrup Ling. She also received an unusually direct lineage of Do Khyentse Yeshe Dorje’s chod from the realized chodpa Lama Damphel.

After moving to the US with Anyen Rinpoche, she received many other empowerments, transmissions and upadesha instructions in the Secret Mantryana tradition from eminent masters such as Taklong Tsetrul Rinpoche, Padma Dunbo, Yangtang Rinpoche, Khenpo Namdrol, Denpai Wangchuk, and Tulku Rolpai Dorje.

Allison Choying Zangmo works diligently for both Orgyen Khamdroling and the Phowa Foundation, as well as composing books and translations of traditional texts & sadhanas with Anyen Rinpoche, and spending a portion of each year in retreat. Although she never had any wish to teach Dharma in the west, based on encouragement by Anyen Rinpoche, Tulku Rolpai Dorje and Khenpo Tashi, she began teaching the dharma under Anyen Rinpoche's guidance in 2017. 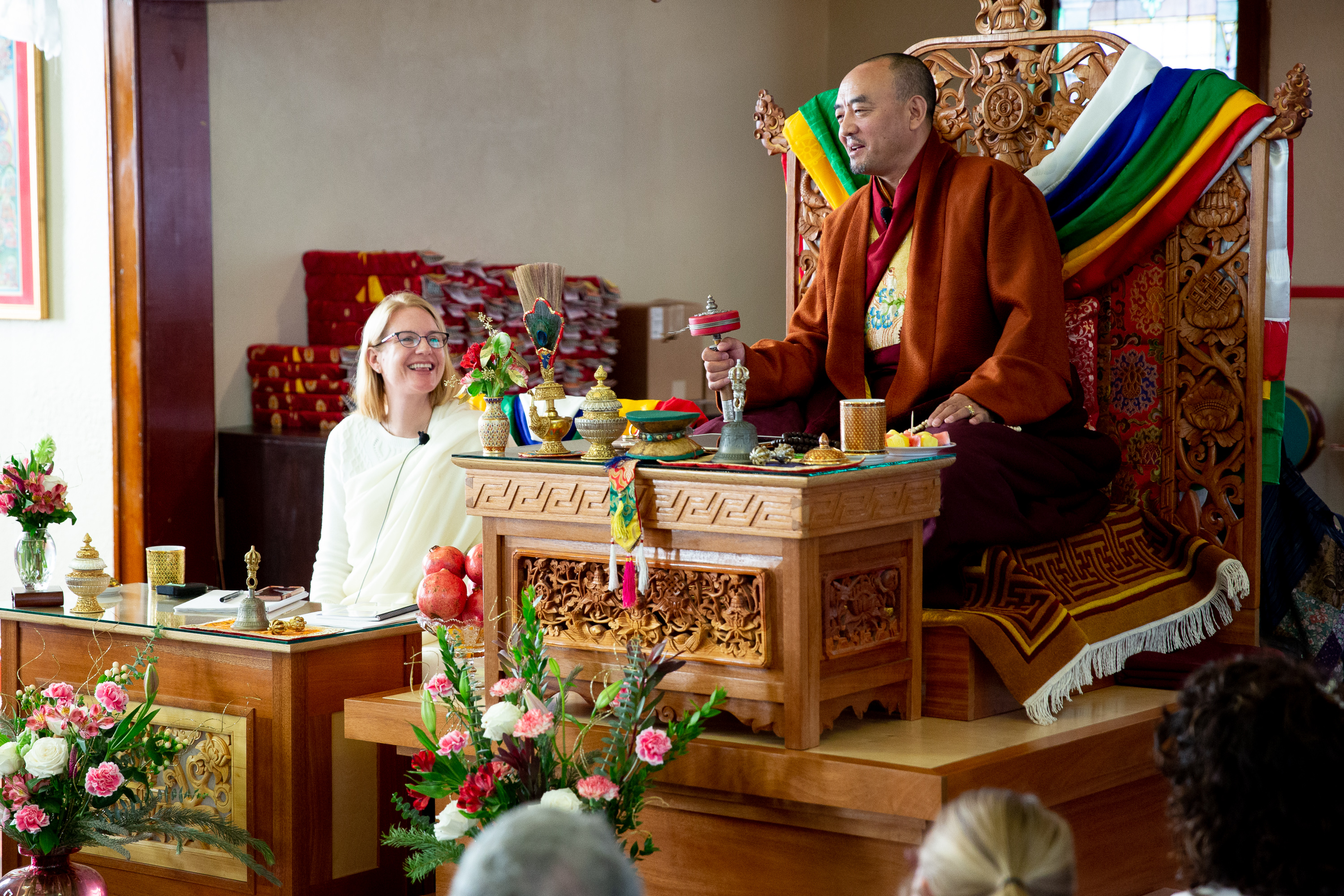